A Call To Self-Examination

A Call To Self-Examination 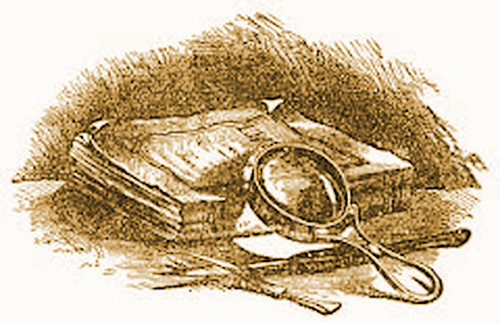 What can render the state of a person worse than to be an enemy of God, Jesus Christ, and the power of godliness; and yet to think he is holy and a good Christian? Nay, because his conscience is blind in the matter, it acquits him since it lacks saving light, while he keeps up in a zealous performance of the external acts of duty and religion; by which means he is deprived of that help which some [who are] openly profane, gain from the rebukes and lashes of their own consciences, which often proves a means of their conversion. But the hypocritical professor, not knowing he lacks a changed heart, nor understanding that he is without those Sacred Principles from whence should flow all he acts and does, but contrariwise he is stirred up by false Principles, and acts only by the power of natural conscience and affections, having no clear judgment to discern his own danger, nor what a state he is still in. His condition is deplorable, and this unclean spirit is worse and more dangerous than that which he was in before.

Their blindness and ignorance consists in that they cannot discern nor distinguish between a changed heart and a changed life, or between legal reformation and true regeneration. They think, because their behavior seems so much better than it was before, in their own apprehension, and in the apprehension of others also, their condition is good enough. They comparing themselves with themselves, beholding what a vast difference there is, or seems to be in respect of what they once were, when swearers, drunkards, whoremongers, etc., cannot but commend themselves to themselves. Once they saw themselves sinners, and called themselves so, and were ashamed of their own sinful and wicked lives; but now they are righteous in their own eyes, and so have no need of any further work, being arrived to that state of holiness (so they think) to that degree of piety, to that change, to that conversion, that they conclude they need not seek for further change and yet they are deceived…

The state of the self-righteous and Pharisaical persons is far worse than the state of gross and profane sinners. These are sick and know it not; wounded, but see no need of a physician… They may conclude they are converted, and therefore seek not after conversion.

It is a hard and difficult thing to bring a Pharisaical person, one that looks upon himself to be a religious man, to see his woeful state and condition.

Men may be civilized, and make a great profession of religion, and pass for saints on the earth, that are not such in the sight of God in heaven.

It is a most dangerous thing to make a profession of religion without true regeneration being first wrought in the soul; better to be no professors at all, than not so as to be sincere…

This may inform us of the cause and reason there is so great reproach brought upon religion, and on the ways of God, and on the people of God, by some who profess the gospel. Alas, many of them who are called saints, we may fear are but counterfeit Christians, such as who never experienced a true work of grace; they may have knowing heads, but unsanctified hearts…

Moreover, it sharply reproves those preachers whose great business is to bring men into visible profession, and make them members of churches, whose preaching tends more to bring persons to baptism, and to subject to external ordinances, than to show them the necessity of regeneration, faith, or a changed heart. For the Lord’s sake take heed what you do, if you would be pure from the blood of all men. We too often see when people are got into churches, they conclude all is well; and when conversion is preached, they do not think it concerns them, but other people who are openly profane: and thus they come to be blinded, maybe to their own destruction…

It may also put us all upon a strict examination of our own hearts, lest we should be found to be some of these false and counterfeit Christians. And that we may clear ourselves in this matter; consider:

1. Were you ever thoroughly convinced of your sinful and lost condition by nature, and of that horrid evil there is in sin? Did you ever see sin as the greatest evil, most hateful to God, not only of the evil effects of sin, but also of the evil nature of sin, not only as it has made a breach between God and man, but has also defaced the Image of God in man, and made us like the devil, filling our minds with enmity against God, godliness, and good men?

2. Is there no secret sin lived in and favored, the evil habit never being broke? Is not the world more in your affections, desires, and thoughts, than Jesus Christ?

3. Are you willing to suffer and part with all that you have, rather than sin against God? Do you see more evil in the least sin, than in the greatest suffering?

5. Have you seen your own righteousness as filthy rags, and have you been made poor in spirit?

7. Is Christ precious to you, even the chiefest among ten thousand? Are you the same in private as in public? Do you love Christ above son or daughter? Do you love the Person of Christ?

8. Can you bear reproof kindly to your faults, and look upon him your best friend, that deals most plainly with you?

9. Do you more pry into your own faults, than the miscarriages of others? Are you universal in your obedience? Do you obey Christ’s Word, His commands, because you love Him?

11. Can you say you hate sin as sin? Is your mind spiritual, and set upon heavenly things? Do you love the saints, all the saints, though some of them are not of your sentiments in some points of religion?

12. Can you go comfortably on in the ways of Christ, though you meet with little esteem among the saints? Can you stay your souls upon God, though in darkness, having no light? Is all the stress of your justification and salvation built upon Jesus Christ?

Consider these few questions, and do not doubt but that your hearts are sincere, when you can give a comfortable answer to them, though it be with some fear and doubts that still may arise in you. A true Christian is ready to mistake what belongs to him, and take that to be his, that belongs to an hypocrite; while, on the other hand, an hypocrite mistakes that which belongs to him, and applies that to himself, which is the portion of sincere Christians. – Benjamin Keach

Taken from The Counterfeit Christian or the Danger of Hypocrisy by Benjamin Keach, (London: John Pike, 1691). Some archaic words have been modernized.

Do not quickly read these questions and forget about them. Many professing Christians today are simply outwardly religious, but their hearts have not been changed by the regenerating power of God. Christ demands the supreme place in your heart and affections. If you love anything more than Christ; if you love anything equal to Christ (though you may have a wealth of biblical knowledge); you are not a child of God. “Do not be deceived” (Galatians 6:7).

Printed copies of the above tract can be ordered from: