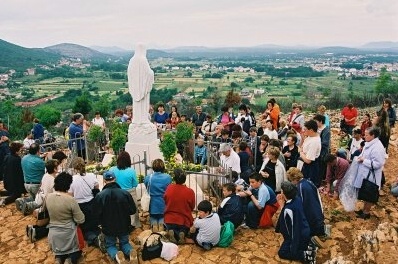 Contrary to what Catholics are taught by their Church, they really do worship Mary, the woman who gave birth to Jesus Christ. In fact, if Catholics deny they worship Mary (the false glorified Catholic version of Mary), then they MUST admit that they don’t worship the Lord Jesus Christ either – and here is why I say this:

Every time you kneel down in front of one of these religious statues and pray to the person they represent you are committing idolatry even if you don’t think so. 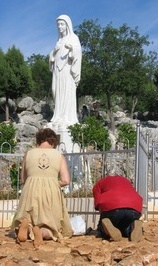 “And he [Jesus] is the head of the body, the church: who is the beginning, the firstborn from the dead; that in all things HE [Jesus, NOT Mary] might have the preeminence.” Colossians 1:18 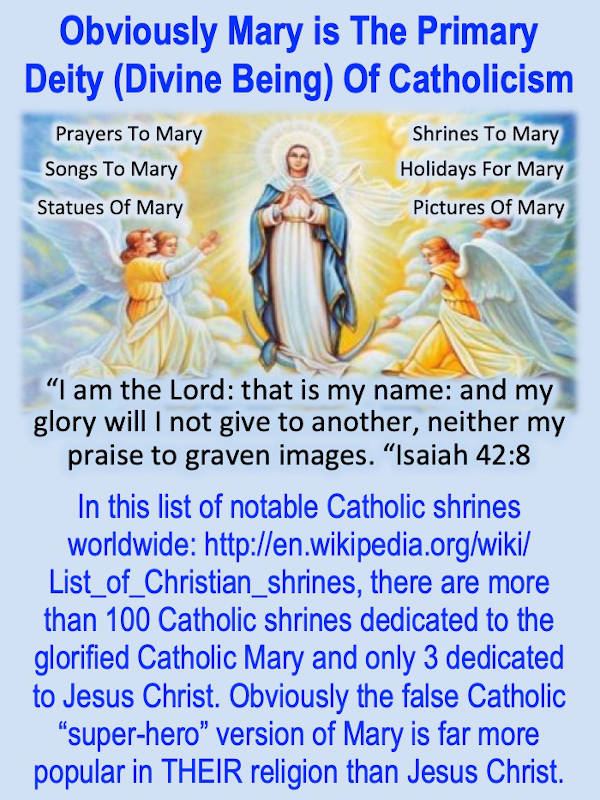 In Catholicism Jesus Is Typically Depicted As:

In Catholicism Mary Is Typically Depicted As:

So who is being worshipped here? Who is being exalted the most – Jesus OR Mary? Is it really that hard to SEE – or is it just hard to ADMIT as a Catholic who may not wish to acknowledge being deceived by their religion. 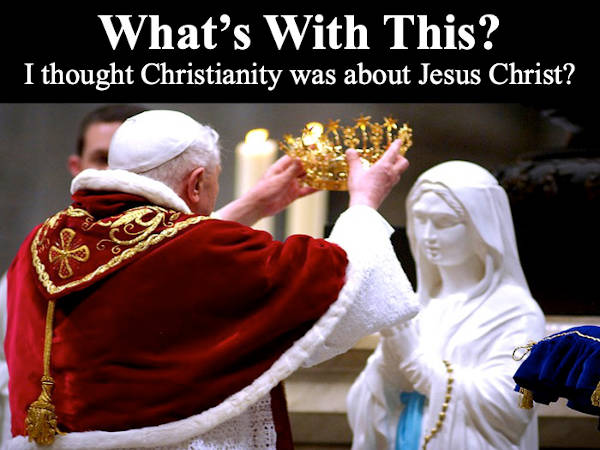 Are Catholics preoccupied with the Lord Jesus Christ OR with their glorified false version of Mary?

26 Names Of The False Catholic Mary:
1. Mary, Holy Mother of God
2. Holy Virgin of Virgins
3. Mother of the Church
4. Mother of Divine Grace
5. Mother of Good Counsel
6. Virgin Most Merciful
7. Mirror of Justice
8. Seat of Wisdom
9. Mystical Rose
10. Tower of David
11. Tower of Ivory
12. Ark of the Covenant
13. Gate of Heaven
14. Morning Star
15. Conceived Without Original Sin
16. Comforter of the Afflicted
17. Queen of Angels
18. Queen of all Saints
19. Queen Assumed into Heaven
20. Queen of the Holy Rosary
21. Undoer of Knots
22. Star of the Sea
23. Mother Most Sorrowful
24. Mother Thrice Admirable
25. Mother of Perpetual Help
26. Refuge of Sinners