The Blessed Virgin – An Imaginary Being 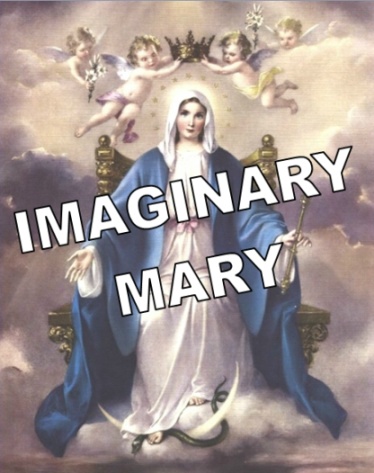 One of Roman Catholicism’s favorite people is someone they often refer to as the Blessed Virgin.  They are preoccupied with her, even though she does not exist.  This person they believe in and pray to is totally imaginary.  They think that Mary, the woman who gave birth to Jesus Christ is this person, a person whom they attribute all these abilities and qualities to – none of which are true – but simply made up by the Catholic Church:

And these erroneous beliefs are the official teaching of the Catholic Church, not just what a few misguided Catholics happen to believe. What a shame that people worship this person who does not exist.  And it is an even bigger shame, and a tremendous insult to God that this person – this invented imaginary being – is used by the Church Of Rome, to deceive many and to get them to be preoccupied with a fake person, thereby taking their attention away from the real Person – the real Savior – Jesus Christ.

Look at how Catholics bow down to their Mary idol: 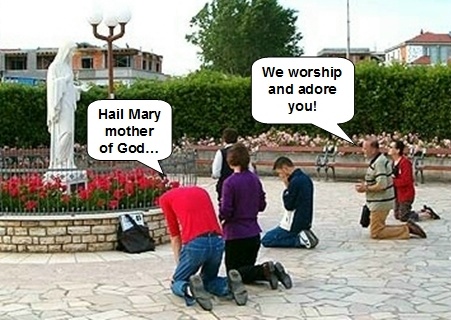 How pathetic and pitiful it is to see people bow down to a plaster statue of some imaginary being, a grossly distorted depiction of a person who would never want anyone to be so preoccupied with her and who never had any of the divine attributes that the Catholic church says she had.

What Mary Didn’t Do And Can’t Do

The Catholic Mary is FAKE – made up by Rome! 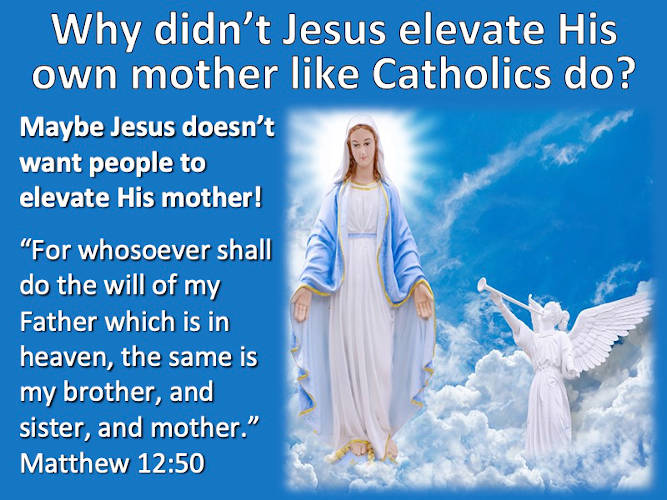 How We Know That Catholics WORSHIP Their Glorified Mary? 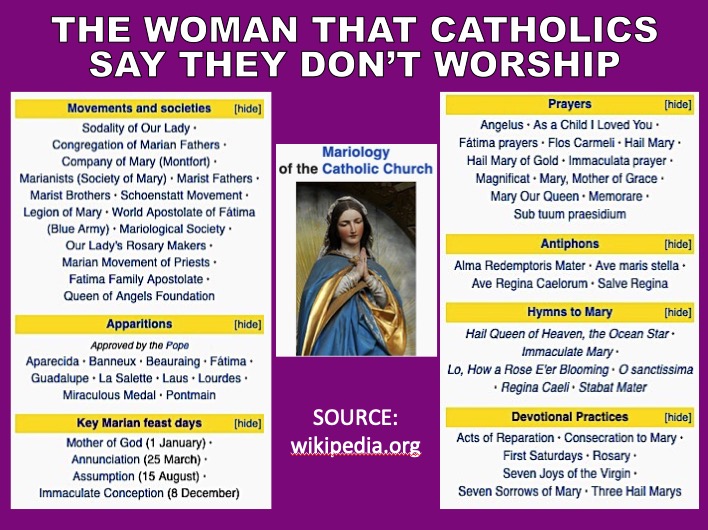 A true church and a true Christian will always say what John The Baptist said:

Dear Catholics, Your Church has seriously deceived you. What they encourage you to do – are considered BY GOD – to be acts of worship towards Mary. Using alternative words for worship, like venerate, honor or adore, does not change the ACTIONS you are taking TOWARDS this glorified version of Mary that the Catholic Church has invented. — RM Kane

More information about false teachings of the Roman Catholic Church: 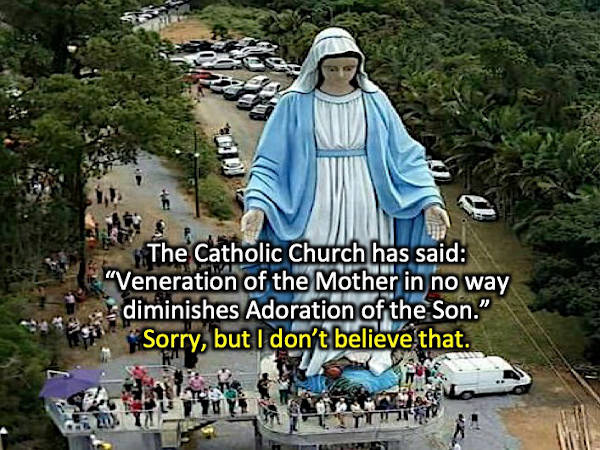