How Do We Know That Catholicism Is The World’s Largest Cult And Not The “One True Church”?

People who are familiar with how various Christian-Like cults (such as Jehovah’s Witnesses and Mormons) operate will see that the Catholic Church operates in a similar fashion. And as a matter of fact, the Catholic Church is sometimes referred to as “The Cult of Mary“. 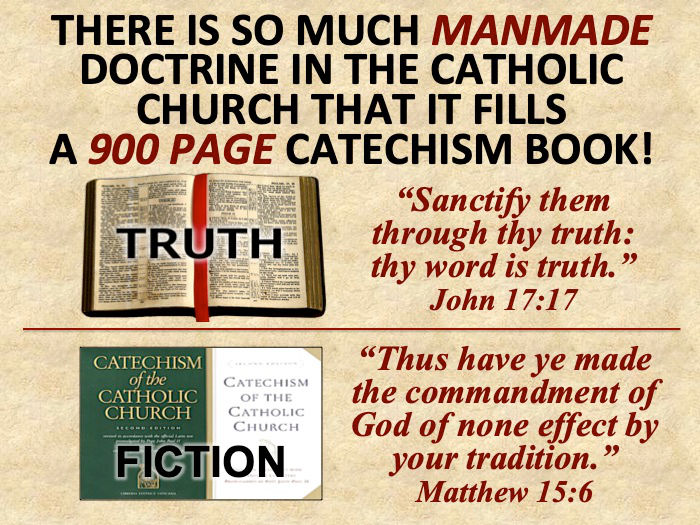 If your church has a false gospel of works then you are in a false church. The true gospel is salvation by grace alone through faith alone in the Lord Jesus Christ and His merits alone!

Here are just a few of the Bible verses pointing out that salvation is NOT OF WORKS:

“Not by works of righteousness which we have done, but according to his mercy he saved us, by the washing of regeneration, and renewing of the Holy Ghost;” Titus 3:5

“For by grace are ye saved through faith; and that not of yourselves: it is the gift of God: Not of works, lest any man should boast.” Ephesians 2:8-9

When presented with the above verses about salvation not being of the works of man, Catholics will consistently quote James 2:20 (faith without works is dead) to refute the gospel of salvation by faith alone. However, these Catholics do NOT realize that James was not saying what they think he was saying. What is meant by “faith without works is dead” is that TRUE faith produces God-glorifying works as the FRUIT of that true faith (and the fruit of true salvation), and NOT as the CAUSE of that faith (nor the cause of salvation). 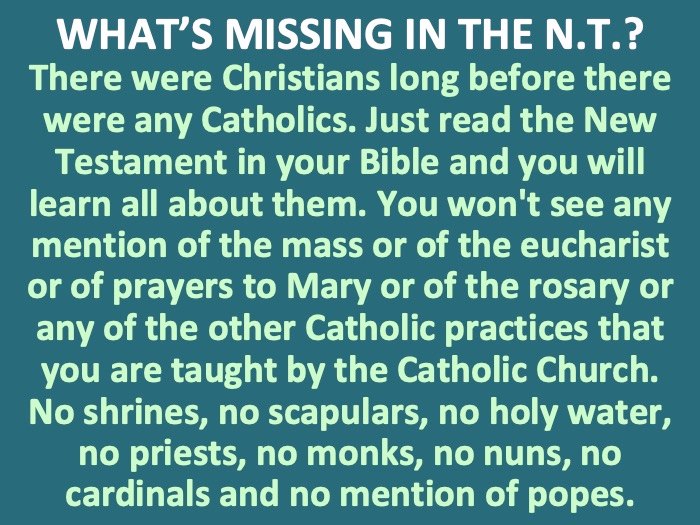 There are so many doctrines and practices and rituals in Catholicism that are nowhere mentioned in the New Testament. The Catholic Church points to other sources for those inventions and they expect their followers and others to just trust those Catholic sources, even though it is more than obvious that the Catholic Church has every reason to invent and falsify sources of their dogma. Those reasons include protecting their reputation, hiding the truth, keeping members from leaving, etc.

Can We Really Trust Rome’s Version Of Church History?

QUESTION: Why is the headquarters for the Catholic Church in Rome?

ANSWER: Because that’s where their pagan roots are.

Something to think about!

Rather than being the one true Church started by Jesus Christ in 33AD, Catholicism actually evolved out of a merging of pagan religions and bits and pieces of Christianity. This merging began in the year 313AD when Roman emperor Constantine issued his Edict of Milan, granting tolerance to Christians within the Roman Empire.

But What About Catholicism’s Unbroken Line of Popes?

An “Unbroken” Line Of Popes?

The Catholic Church simply renamed bishops as “popes” to justify their wild claim to be the one true Church. And MILLIONS of sincere Catholics believed every lie they were told. Catholic popes have ranked among the most vile, evil, corrupt, unholy, ungodly, disgusting, morally bankrupt men who ever walked the face of this earth… totally unqualified to represent Jesus Christ in ANY WAY whatsoever!

The New Testament mentions church elders in various cities but gives no mention of one supreme bishop over all other elders. And no one could be a successor to an apostle if they had not been an eyewitness to the Lord Jesus Christ. Also, the extreme moral corruption of many of Rome’s popes clearly indicates that those men had not been regenerated by the Holy Spirit. Their conduct in no way exemplified “new creatures in Christ”. 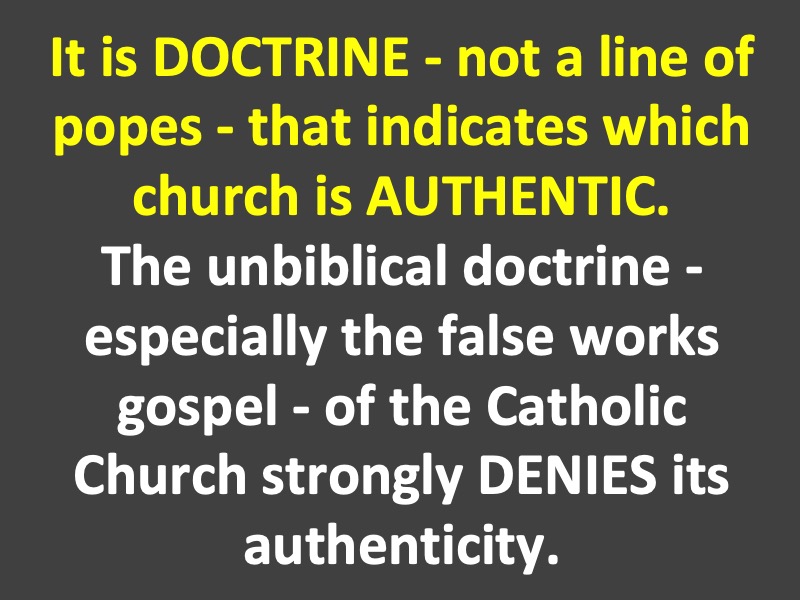 It matters not how big or how long lived a particular so-called “Christian” organization is. If they preach and teach a false gospel, which is always a man-centered works plan of salvation, then they are cult, a false church. — RM Kane 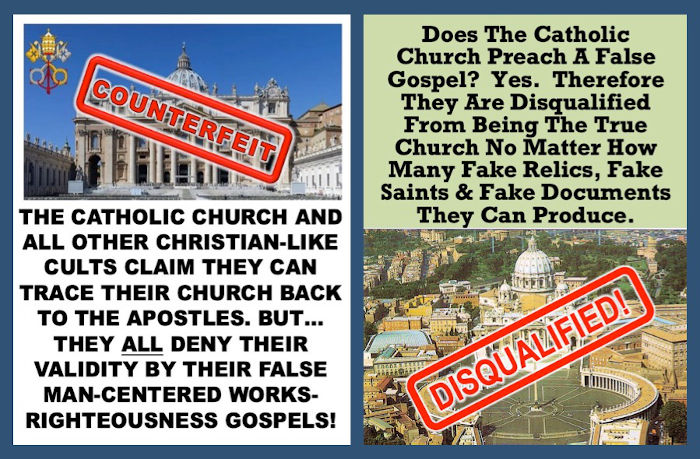