Why The Celibate Catholic Priesthood Is Unbiblical

Why The Celibate Priesthood Of The Catholic Church Is Unbiblical 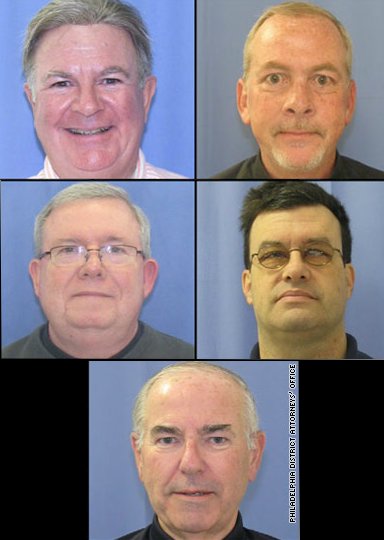 Not only is the whole concept of a celibate (non-marrying) priesthood actually preached AGAINST in the Bible, the system of priests is also obsolete as a Christian entity since the priesthood was abolished by Christ on the cross at Calvary – at which time, He established the priesthood of all TRUE born-again believers.

All true believers in Christ are considered to be part of a “royal priesthood”.  It’s not some exclusive role or position of unmarried men:

“Ye are a chosen generation, a royal priesthood, an holy nation, a peculiar people; that ye should shew forth the praises of him who hath called you out of darkness into his marvellous light” [1Peter 2:9]

Forbidding people to marry is looked down upon in the bible:

“in the latter times some shall depart from the faith, giving heed to seducing spirits, and doctrines of devils; 2 Speaking lies in hypocrisy; having their conscience seared with a hot iron; Forbidding to marry, and commanding to abstain from meats, which God hath created to be received with thanksgiving of them which believe and know the truth.” [1Timothy 4:1-3]

Marriage – not celebacy – is a requirement for church leadership:

“A bishop [literally means “overseer”] then must be blameless, the husband of one wife” [1Timothy 3:2]

Marriage is encouraged in the Bible to prevent sexual immorality:

“Nevertheless, to avoid fornication [literally means “illicit sexual intercourse”] let every man have his own wife, and let every woman have her own husband.” [1Corinthians 7:2]

Now we can clearly see why the Catholic requirement of celibacy is unbiblical, harmful and often leads to some pretty serious UNGODLY behavior.

Who are the 5 men in the photo above?

They are just 5 of 37 Catholic priests in Philadelphia PA who have been identified in a grand jury report as remaining in “active ministry with credible allegations of child sexual abuse”. Their vows of celibacy must have an exception clause for child molestation.  Even the Catholic bible makes it clear that to be a church leader, being married is a requirement:

“A faithful saying: if a man desire the office of a bishop [meaning a church elder], he desireth a good work. It behoveth therefore a bishop to be blameless, the husband of one wife, sober, prudent, of good behaviour, chaste, given to hospitality, a teacher, Not given to wine, no striker, but modest, not quarrelsome, not covetous, but One that ruleth well his own house, having his children in subjection with all chastity. But if a man know not how to rule his own house, how shall he take care of the church of God?” [1Timothy 3:1-5 as quoted from the Catholic Douay-Rheims bible]

How many priests do you know who are married? Maybe, just maybe, the whole celibacy practice is not of God and it really is a carry over from pagan religions that practiced all kinds of sexual immorality.  What do you think? Could that be a possibility? It sure could be. My own mother, as a young single woman, was sexually harassed in a confession booth by a priest who tried to pressure my mother into confessing something “juicier” than he had been hearing from her. On another occasion later on in my life, I stopped by a garage sale and offered the man running the sale a gospel tract. He immediately got upset and started telling me how a priest had tried to rape him when he was a ten year old altar boy, but the priest ended up choosing another, easier target. And that is the religion and its clergy that a billion hell-bound Catholics are trusting their eternal souls to. So sad, tragically sad. May God have mercy of those people who are headed for hell yet think they are headed for heaven, by way of their non-existent Purgatory. — RM Kane