The Evolution Of Richard Dawkins

Here we take a look at what the theory of evolution boils down to when you put it down on paper in unadulterated language.  Many evolutionists will argue that the analogies in the slides are somewhat incorrect in one way or another, but in reality, they themselves can’t make any “corrections” with any degree of assurance, since all the timelines and so-called “transitional forms” or transitional fossils cited by evolutionists are pure speculation anyway.

To start the slideshow just click on the upper left slide and to advance each slide click on the right arrow on each individual slide. 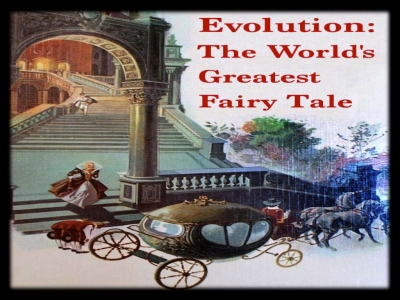 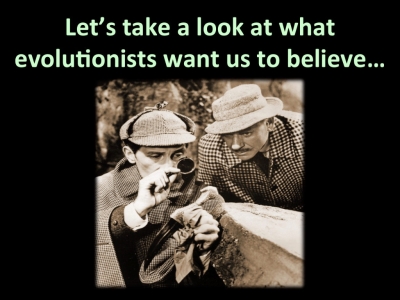 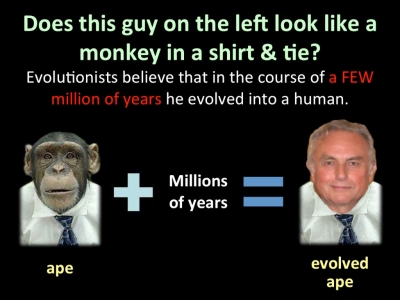 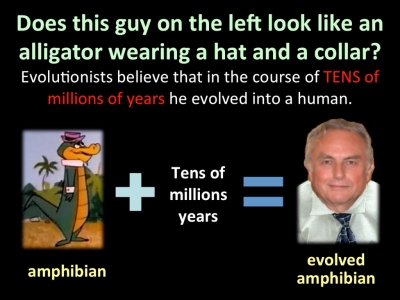 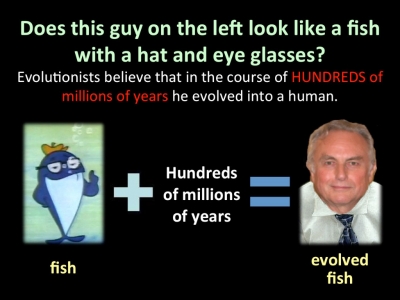 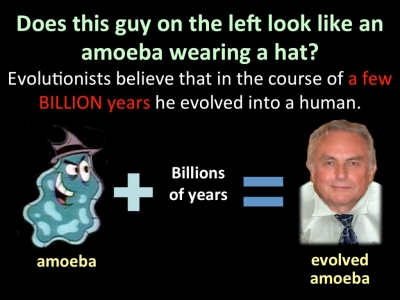 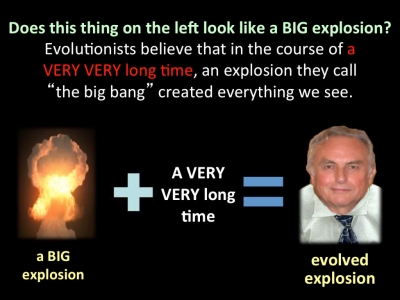 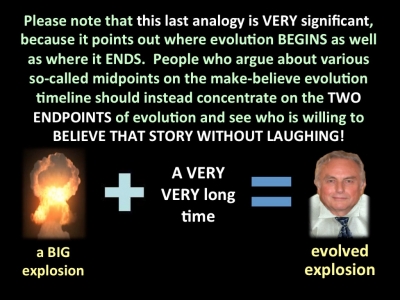 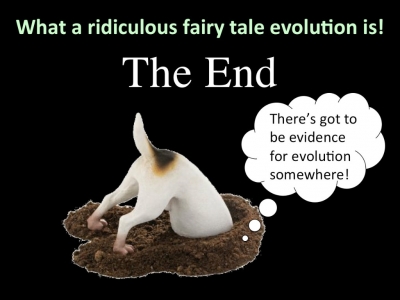 “For the wrath of God is revealed from heaven against all ungodliness and unrighteousness of men, who hold the truth in unrighteousness; Because that which may be known of God is manifest in them; for God hath shewed it unto them. For the invisible things of him from the creation of the world are clearly seen, being understood by the things that are made, even his eternal power and Godhead; so that they are without excuse: Because that, when they knew God, they glorified him not as God, neither were thankful; but became vain in their imaginations, and their foolish heart was darkened. Professing themselves to be wise, they became fools, And changed the glory of the uncorruptible God into an image made like to corruptible man, and to birds, and fourfooted beasts, and creeping things. Wherefore God also gave them up to uncleanness through the lusts of their own hearts, to dishonour their own bodies between themselves: Who changed the truth of God into a lie, and worshipped and served the creature more than the Creator, who is blessed for ever. Amen.” [Romans 1:18-25]